It took almost a century of scientific exploration to identify a hugely complex phenomenon that is threatening the lungs of the Earth: ocean acidification. During the industrial age, high concentrations of CO2 in the atmosphere have altered the chemistry of our oceans. 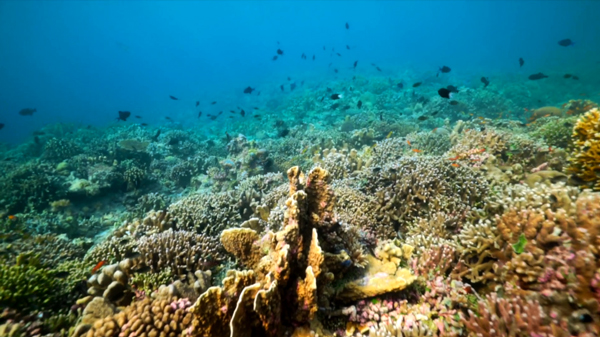 Researchers raised the alarm and 15 years ago a group of experts, supported by the Prince Albert II of Monaco Foundation, set about strengthening the ties between science, politics and action, upscaling this systemic approach to a global resistance movement.

In 1925, the German survey ship Meteor sailed all over the South Atlantic, reaching as far as the Antarctic polar regions. For two years, covering some 67,500 nautical miles – equivalent to circumnavigating the globe three times – scientists on board sounded the depths, took measurements and mapped the ocean, focusing on the concentrations of krill as well as the chemistry of the water. Although somewhat rudimentary, the first measurements of the ocean’s pH were taken during this very first oceanographic expedition. At that time, when an enthusiasm for industrial development prevailed, the concentration of CO2 in the atmosphere was 40% less than today and surface waters were around 30% less acidic. It was not until the 1950s that the phenomenon of acidification caused by massive amounts of CO2 being released into the atmosphere was described. Thirty years later, successive measurements carried out in the north-east Pacific showed a highly unusual drop in the ocean’s pH. The models based on this data are alarming, confirmed in the 1990s by biologists who highlighted the devastating effects of acidification on coral reefs. These tangible signs quickly made the whole world aware of the problem. 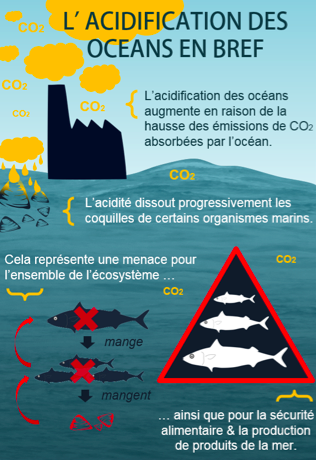 A worldwide response to a global problem

The first turning point came in 2004 when a handful of marine scientists at the first Symposium on the Ocean in a High-CO2 World revealed that acidification had reached levels not seen for 55 million years. A Reference User Group (RUG) on ocean acidification was formed, bringing together experts and scientists to help spread knowledge to non-scientific audiences and mobilise decision-makers around this key climate-related issue. The Group was involved in one of the world’s first ocean acidification projects – IMCO2 – which addressed the implications of CO2 for marine ecosystems.

True to the Principality’s long-standing commitment to the ocean, the Prince Albert II of Monaco Foundation immediately offered its support to this scientific community, which was quick to draw the unprecedented imbalance in the ocean system to the attention of the major international bodies.

Despite its regulating function, the ocean had been the most glaring omission from the climate question. Yet its ability to absorb large amounts of CO2 from the atmosphere has major repercussions that damage marine life and pose a threat to human societies in the medium term. These issues were the focus of the second International Symposium on the Ocean in a High-CO2 World, held in Monaco in 2008 under the auspices of His Serene Highness Prince Albert II. The meeting culminated in the Monaco Declaration, a commitment made by 155 scientists from 26 countries, which marked another turning point by defining the scientific and political responsibilities. “This meeting was part of a process which continues to this day to transform awareness of ocean acidification and ensure its inclusion as a key issue in political discussions around the world”, said the Sovereign Price.

The Reference User Group was involved in the European Project on Ocean Acidification (EPOCA), which was set up in the same year. Efforts by scientists and politicians were stepped up. In 2009, the Federal Ocean Acidification Research and Monitoring Act was promulgated in the United States. Eight countries initiated national research projects, Europe came on board, and experts involved in the Mediterranean project MedSeA, which brought together 12 countries in 2011, showed that acidity in the Mediterranean had increased by around 10% over the preceding 25 years.

OA-iRUG – a lever for action

In 2012, the initiative took on global proportions thanks to the increased support of the Monegasque Foundation. The re-named Ocean Acidification International User Group (OA-iRUG) brings together a network of scientists and stakeholders from various backgrounds, including industry, policymaking, administration, government and NGOs to foster the spread of knowledge. “A huge number of species of ecological, commercial and cultural importance could potentially be affected by ocean acidification”, explains the Group’s president, Dan Laffoley. The latest known negative effects on marine organisms include a shorter lifespan, disrupted calcification, slower growth and development, and loss of abundance. Corals, shellfish and some plankton are the most vulnerable because their calcium structure or shell is weakened. This has a knock-on effect on the entire marine ecosystem, from coral nurseries to phytoplankton and the trophic cascade that it supports.

International cooperation is essential and the only way to improve efficiency, share capacity to tackle the problem and reduce costs. “The activities needed to establish international standards for ocean acidification research are difficult if not impossible to fund at national level”, says John Baxter, the Vice President of OA-iRUG, which is proving to be a real lever for action thanks to the support of the Prince Albert II of Monaco Foundation. The Ocean Acidification International Coordination Centre (OA-ICC), set up in 2013 within the environmental laboratories of the International Atomic Energy Agency in Monaco, fulfils the role of accelerator alongside the Monegasque ocean acidification association (AMAO). In making available data portals and methodologies, it can also steer member states as well as numerous global and regional bodies towards targeted measurement.

Moreover, if emissions continue to increase, the ocean/climate system could be further destabilised, especially if ecosystems are still subjected to multiple acidification-boosting stressors, in particular ocean warming, deoxygenation (a consequence of waste from intensive agriculture), eutrophication, air pollution and overfishing. The gigantic ‘carbon sink’ would be compromised. Solutions do exist – for example, the OA-iRUG network is working towards making the marine ecosystem more resilient, encouraging decision-makers to think systemically.

“The Reference Group ensures that the scientific information is made accessible to political decision-makers and those engaged in aquaculture activities. It is more important than ever to ensure that the various stakeholders at international and regional level work more closely together and exchange knowledge”, sums up Philippe Mondielli, Scientific Director of the Prince Albert II of Monaco Foundation.” 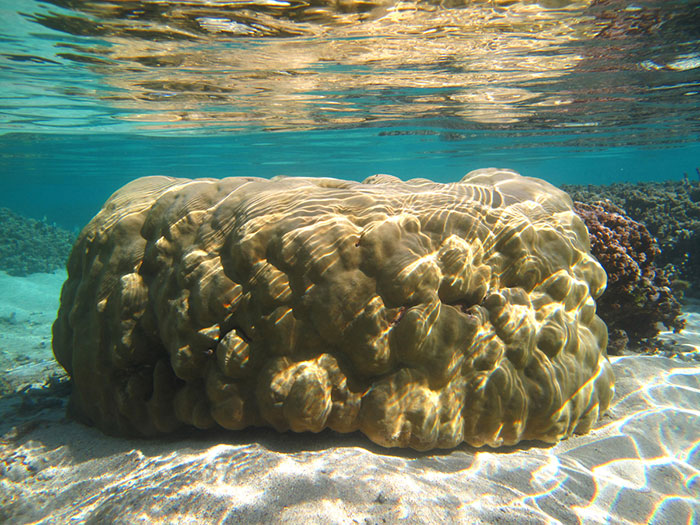 The initial impetus of the expert group that discussed these issues around a table in Plymouth in 2004 has, undeniably, come a long way. Since then, having very quickly realised the extent of the chemical upheavals in the ocean, OA-iRUG, the longest-standing body of its type in the world, has constantly mobilised the international community around the growing phenomenon of acidification. Without the decisive involvement of the Principality of Monaco, these attempts would not have impinged on the global consciousness and reached all levels of society. Alarm bells are nonetheless still ringing and the task is huge. All the more reason to strengthen this network that helps to increase awareness of one of the biggest environmental issues of the century.

The ocean covers three quarters of the Earth’s surface and accounts for 99% of living organisms in terms of volume.

– 3 billion people depend on marine and coastal biodiversity

– A wide-reaching study carried out by the Australian Institute of Marine Science showed that the calcification of large corals in the Great Barrier Reef reduced by 14.2% in 30 years, a drop not seen for at least 400 years (328 colonies across 69 reefs were analysed). The skeletons of these corals, which can keep growing for several centuries, develop annual density bands, much like tree trunks (source: Science, 2009).

– 400 million tonnes of industrial waste (agricultural fertilisers, pesticides, etc.) end up in the sea every year (IPBES figures, 2019), reducing the amount of available oxygen in seawater. The amount of oxygen in the world’s oceans fell by around 2% between 1960 and 2010 (source: IUCN). The reduction in the oceans’ oxygen content has repercussions for oceanic nutrient cycles and marine habitats (13% of coral ecosystems run a high risk of deoxygenation (source: IUCN)). 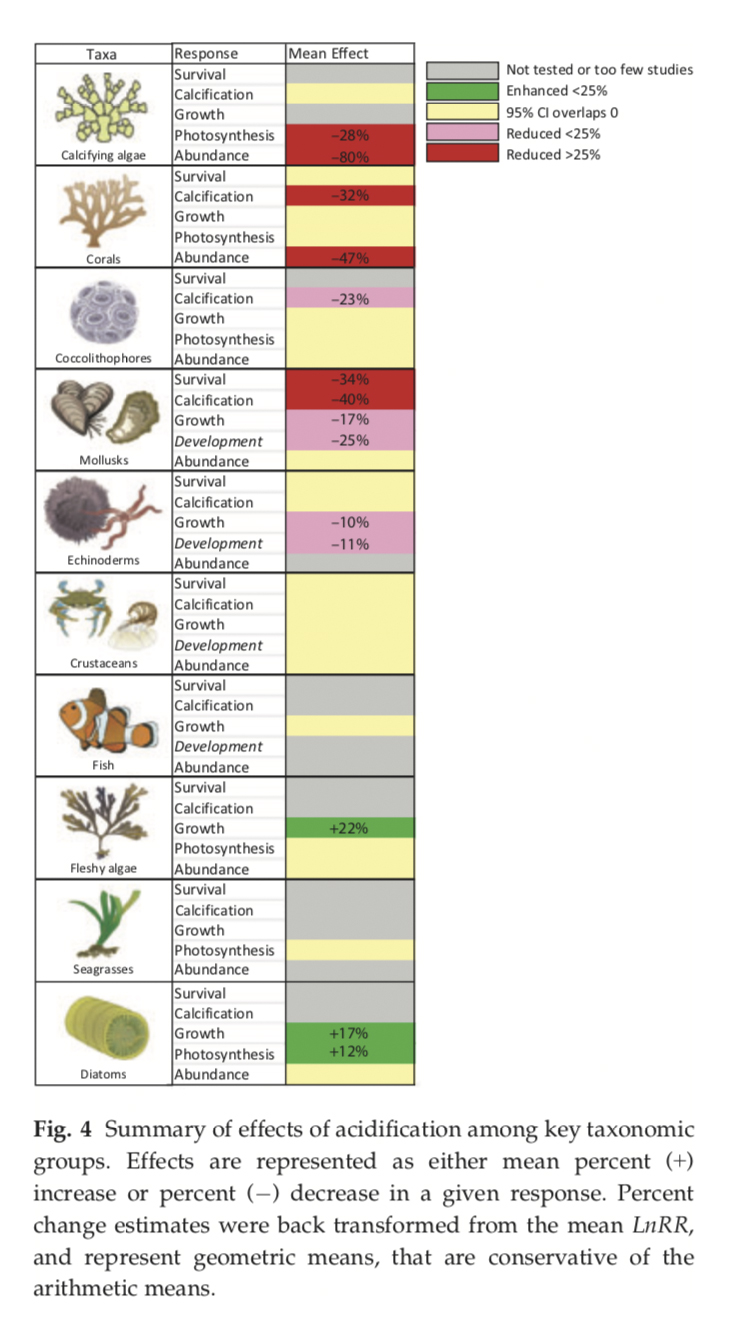 The average annual concentration of CO2 in the atmosphere exceeded 400 ppm in 2016, i.e. more than 40% above the preindustrial level (280 ppm). The oceans are hugely efficient ‘carbon sinks’ which absorb CO2 from the atmosphere. Although this provides a valuable service to humanity by moderating the extent of climate change, there is a downside for the oceans. The massive amount of CO2 absorbed changes the pH of the ocean overall. During the industrial age, the ocean pH has fallen from 8.11 to less than 8.06. Because the pH scale is logarithmic, the difference may seem minimal but in reality is equivalent to around a 30% increase in ocean acidity. According to a recent study, the fall in pH has occurred at a rate of approximately 0.02 pH unit per decade, which is about 100 times faster than any known change in acidity in the last 55 million years. If CO2 emissions continue at the same rate, the pH could drop a further 0.4 units by 2100, therefore tripling the acidity of the ocean.